The Lagos State Police Command has arrested a man for allegedly stabbing his friend to death during an argument over payment for N50 bottle water at Oke-Ira area, Ogba, Lagos. 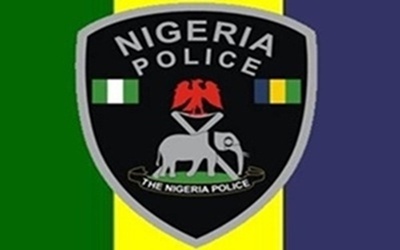 The deceased, a commercial motorcyclist identified as Nicolas Goddonu, 46, was said to have visited the suspect, Ekanem Enodan, 29, at the shop, in the company of one of his brothers.

Tragedy struck after the visiting father of five collected bottled water from Enodan’s shop and attempted to hurriedly leave, without paying.

However, the shop owner was alleged to have hit him with a bottle, causing the fleeing motorcyclist to slump. Apparently thinking he was pretending, Enodan as gathered, collected his bottled water and went inside his shop.

An alarm raised by the commercial motorcyclist’s brother, on noticing that he was not breathing , jolted everyone at the junction. He was subsequently rushed to the Ifako General Hospital, where he was confirmed dead.

There were, however, conflicting accounts from eyewitnesses as to how the father of five died.

While some of them alleged that the suspect stabbed him to death, others said he merely pushed him, causing him to hit his head on a hard object.

‘They played a lot’ One of them, who gave his name as Ufom Ekanem, a commercial motorcyclist, said: “The deceased and the suspects were friends. That was not the first time he would collect something from the shop and run away.

“But he usually paid later. At times, the shop owner would be chasing the motorcyclist and at other times he would forcefully drag whatever Goddunu collected from his shop.

“On that fateful day, the shop owner only pushed the okadaman in the chest, while attempting to collect the bottled water from him. He fell in the process and became unconscious.”

Another eyewitness, Biodun Odufare, said: “The deceased was from Egun, while the suspect is from Cross River State. At about 11p.m., an argument which everybody concluded was their normal play, began.

“But we suspected that the okadaman was drunk. As he was leaving the shop with the bottled water, the shop owner threw an empty bottle of soft drink at him.

“The bottle hit the kiosk and shattered, with one of its broken parts hitting Nicolas in the chest. He fell and was confirmed dead in hospital.”

“He fell down and became unconscious. Later, we heard that he died at the hospital.”

Confirming the incident, spokes person for the Lagos State Police Command, Dolapo Badmus, said: “On June 9, at about 1a.m., one Mitchonou Suru, 16, reported at Pen-Cinema Division that at about 10:50p.m. the previous day, one Nicolas Goddonu, 46, was hit with a bottle by one Ekanem Enodan, 29, of Baba Dada Estate, Opic, Ogun State, during a quarrel between them.

“The victim was rushed to Ifako general hospital where he later died. Suspect was arrested and detained while corpse was deposited at the hospital’s mortuary for autopsy.”