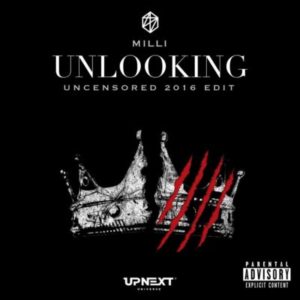 Ex-Chocolate city signee released a controversial trailer to the video of “Unlooking” now he’s here with the uncensored version of the audio.The original which was performed in pidgin was first released in November 2015 when Milli was still signed to Choc City, but following his premature exit from the label, the rapper made an uncensored edit of the track, changing all verses to English. Both versions are produced by CKay and Reinhard.