The leadership tussle in the opposition Peoples Democratic Party (PDP) seems to have no end in sight.

Despite the appointment of a caretaker chairman, Former National Chairman Ali Modu Sheriff has remained insistent that his removal had no basis.

The PDP Board of Trustees have waded in with no success as the crisis takes a new dimension.

Ahmed Makarfi, The Chairman of the National Caretaker Committee of the Peoples Democratic Party (PDP), has alleged that Senator Ali Modu Sheriff is planning to recreate another Boko Haram in Abuja. 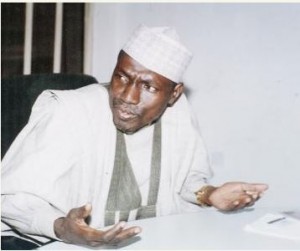 Ali Modi Sheriff was mentioned in a report several years ago as one of the purported sponsors of the terrorist group.

Makarfi made the allegations at the meeting between his committee, the Board of Trustees (BoT) and PDP governors on Thursday morning.

“You are all witnesses to the thuggery that took place.Actually, those who remembered how Boko Haram was born, that is how it started. How thugs were brought into Abuja and some people forced themselves into the secretariat, in the process documents and some property belonging to be party cannot be accounted for. This cannot be without some supports from some quarters, definitely not from PDP,”

He recalled that he heard Sheriff saying that he was going to go beyond Inspector General Police in order for him to gain access into the PDP secretariat, adding “We don’t know what he means beyond the IG but all of you are sensible enough to decide who is ‘beyond IG could actually mean’”.

Markarfi urged security agencies to maintain peace and order in the country and to frustrate the efforts of desperate politicians.

“We have it on record that the former Chairman, Sheriff, a day or two before he forced himself into the secretariat had a meeting with one of the governors with the party in power and then the next day this event took place, therefore creating suspicion.

“If he claimed to be chairman of PDP, what meeting could he have had with the governor? Did he get any encouragement, facilitation, any guarantee for him to go ahead and do what he did?This is for Nigerians to think on and take a position on.