South Africa-based Telecoms giant MTN on Monday named a new chief executive after resolving a dispute with Nigeria over a huge fine for failing to disconnect millions of unregistered mobile phone lines.

MTN announced that Rob Shuter, a South African who is currently the Vodafone Europe CEO, will take over as its new group president and CEO next year. 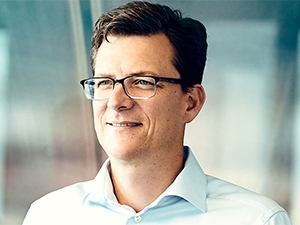 Africa’s biggest wireless operator, MTN said in a statement that “following the successful resolution of the Nigerian dispute, it has completed the review of its governance and management structures.”

The Johannesburg-based company was last year hit with a $3.9 billion fine for failing to cut off 5.1 million unregistered SIM cards, amid fears that some of the affected lines were being used by Boko Haram insurgents.

The conflict sparked by the Islamic extremist group has left at least 17,000 dead and forced more than 2.6 million people from their homes since 2009.

On June 10 MTN announced that following negotiations with the Nigerian authorities, it had agreed to pay $1.7 billion as a final settlement.

Shuter will take over from executive chairman Phuthuma Nhleko, who stepped in last November in the thick of the Nigerian fine debacle.

“MTN has weathered a rather difficult storm and will continue to review its governance and management operating structure to ensure that it operates at an optimum level and continues to replenish management talent to ensure a sustained growth of the business,” said Nhleko.

“I am confident that with the calibre of Rob Shuter as CEO, the group will resume its path to playing its rightful role in increasing connectivity and accelerating convergence across Africa and the Middle East.”

Nhleko will revert to his post as non-executive chairman when Shuter takes over.