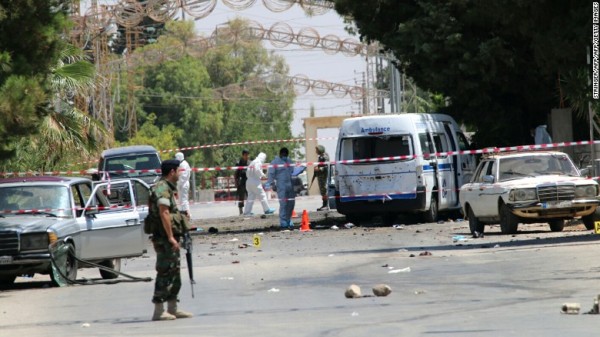 At least six people are feared dead following multiple suicide attacks by suicide bombers in a border town in Lebanon.

Authorities have said that there were at least four bombers, with the first detonating an explosive device in the village of Qaa at around 4:20 am on Monday. As rescue teams responded to the first bombing, three other bombers detonated their explosive devices as well.

The Lebanese Prime minister Tammam Salam decried the attack as he said; “The facts revealed by this crime, in terms of number of participants or method of implementation, show the nature of evil harbored for Lebanon and the size of the risks facing the country at this difficult stage both internally and regionally,”

“This terrorist operation proves that our stability is targeted by forces of darkness, and that the only way to protect it is by standing united behind our military institution and security forces in their battle against terrorism, and by promoting national unity and strengthening our internal political scene.”