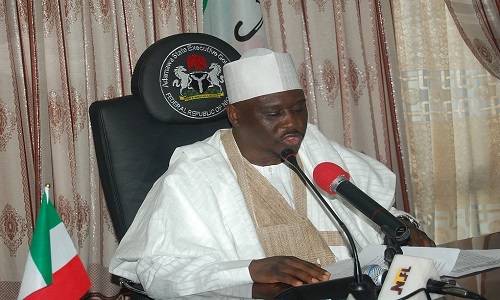 His remand order was made by Justice Ahmed Mohammed shortly after Fintiri was arraigned on a five-count charge of money laundering.

Fintiri, who was arrested by the Economic and Financial Crimes Commission, EFCC, earlier this month in connection with the probe of a N1.9billion fraud during his 86 days stint as acting governor, was arraigned on money laundering charges in a suit marked FHC/ABJ/CB/CB/131/2016.

Although the former Speaker of the Adamawa State House of Assembly pleaded not guilty to the charge when it was read to him in court, he is to remain in prison custody until Friday when the court will rule on his bail application.