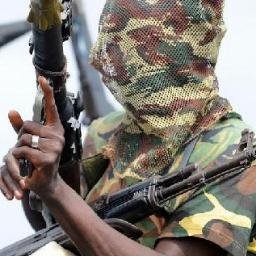 The Niger Delta Avengers have blown up another AGIP oil facility on Friday. Reports indicate that the attack on an Agip Eni crude oil pipeline in Bayelsa state occurred in the early hours of Friday morning.

3:am of Friday @NDAvengers blow up the Obi Obi Brass Trunk line belonging to Agip ENI. It is Agip’s Major Crude oil Line in Bayelsa State.