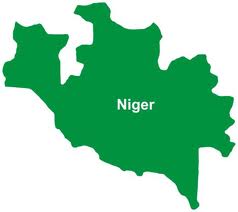 The Niger State Government says it will no longer borrow money to pay salaries of its workforce.

The State Governor, Mr Abubakar Bello, made the declaration at a stakeholders meeting held at the Government House in Minna.

He further stated that some issues in the state were crucial and needed to be treated and explained that one of the major sources of revenue for the state is the monthly allocation from the Federation Account and the Internally Generated Revenue.

The government also urged the state civil servants to be prudent in resource management.