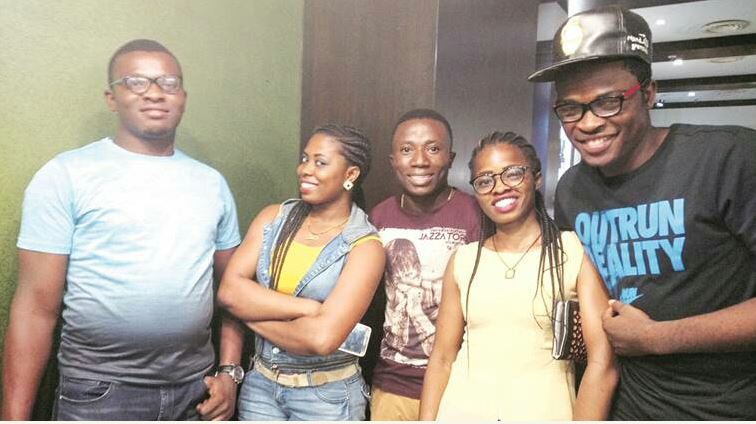 Esso Nnachebe Yahshua Donny, 20, had grown up watching Bollywood movies in Nigeria. Fascinated by the beauty of India and its culture, Esso decided to do his graduation in Computer Science from Mumbai University (MU).
“Back then, India was as good as Europe for me,” remembers Esso.
When he finally reached India in 2013, he couldn’t find a hotel to stay in for at least three days. “The hotels turned me down. Some said they were not open to ‘kaliyas’,” says Esso, who had already learnt the meaning of the term from his seniors.
Esso started looking for apartments on rent and he met with the same response. “Houses were not on rent for ‘Negroes’,” he says.
When he finally went to the college for admissions, people would either stare or make faces at him.
After several attempts, Esso, like many of his Nigerian colleagues, found a one-room flat in Bandra. “The flat was so small, I couldn’t stand straight. I could either sit or sleep.” However, waking up early in the morning and queuing up in front of the public toilet was the most frustrating experience for Esso. “We know that the rents are high in Mumbai, but some of us who have money also find it difficult to rent a flat,” says Esso. Nwodo James, 23, also from Nigeria, had also been a fan of Bollywood movies and wanted to study in India. After a detailed research on the internet, James zeroed in on MU.
“While researching about India, I had thought I would be going to a beautiful country which cherished its beautiful culture and had a better environment,” says James.
However, James was shocked when he finally came to India. “It was nothing like the movies. There is so much discrimination. I couldn’t find a place to stay,” says James.
Esso’s friend, a fellow Nigerian who refused to identify himself, says, “On the first day of college, I was welcomed in the class with hoots of ‘kaliya’.”
These students came to India with expectations of studying at a place better than their own. “However, discrimination is quite prevalent,” says Atuili Chidimma Peper (21).
Peper came to Mumbai in 2013 to study Sociology. She has struggled to find accommodation, ever since.
According to Peper, the government and the police, too, are not too supportive towards students from African nations. “I am a student, not a criminal,” says Peper, adding that finding accommodation is the biggest struggle for them.
She was once asked by her landlady to vacate the apartment, without any prior notice. Her deposit money, too, was not returned. “When I approached the police, I didn’t receive any support,” she says.
Soon afterwards, her belongings were stolen and she approached the police again. “They refused to take note of the situation. When I was adamant, they filed a complaint,” she says. Finally, her belongings were recovered from the landlady.
21-year-old Lucy Adaobi is a third-year Computer Science student. Since coming to Mumbai in 2013, she has changed apartments at least six times. “I have lived in Bandra, Malad, Naigaon, Nalasopara and Virar,” she says, laughing. She has been asked to evict without notice very often, she adds.
Once Lucy’s landlady refused to return her deposit. An argument ensued and the landlady slapped her. “I was so helpless. I felt alone in a country so far away from home,” says Lucy.
The students said that MU should provide accommodation to all international students. MU has only one international hostel at Churchgate which can accommodate 124 students. The university is now constructing two more hostels for international students in its Kalina campus.
Some of these students spend their weekends at the Church, learning guitar or keyboards. Others do household errands on their days off. Since, there are no restaurants in the city that serve authentic African dishes, most of them cook their staple Swallow and soup on weekends. These five students can speak two languages – Igbo and Yowuba – between them. However, they have learnt phrases and sentences in Hindi to ‘make life easier’, says Esso.
Fawale Clement Olajide, 24, a third-year Economics student, says they live in constant fear that they might be attacked. “People in India usually generalise all Africans as criminals, which is not fair,” he says. He remembers how he escaped an attack when he asked for the balance from a shopkeeper. The students say that if any African commits a crime, people here retaliate with vengeance towards all Africans. “We should enjoy certain rights as international students. The Indian government is responsible for our safety,” says Peper.
“When Indians see an African man with an Indian woman, they get very suspicious,” says the student who did not wish to be named. He remembers the time when a Nigerian friend of his was called a ‘rapist’ for walking with an Indian woman.
“It’s unfair to attack us (Africans) because one of us might be involved in a crime,” says Clement, referring to the recent attacks on Africans in New Delhi. The students are now waiting for their third-year results before they fly home.
“Our visa expires even before we get our certificates,” says Lucy. “The university should grant us extension till we get our certificates which are necessary for getting a job back home.”
The students have to go home and enroll in the mandatory one-year service National Youth Service Corps. Without the certificates, these students cannot enroll in the programme.
“The university says that our certificates will be sent to our address but I know many students who do not receive their degrees,” says Lucy.