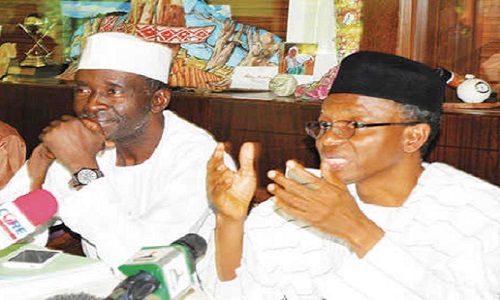 As Kaduna State gets set to introduce the controversial Religious Bill, Governor Nasir el-Rufai has said his administration had no hidden agenda even as he warned governments against taking decisions contrary to religious beliefs.
The governor spoke yesterday in a remark at the 11th Annual Ramadan Lecture on the topic, “Who is a Muslim?” held in Kaduna and organized by Nigeria Television Authority, NTA, Federal Radio Corporation of Nigeria, FRCN, and Voice of Nigeria, VON.
El-Rufai, who has come under immense public criticism for introducing a Religious Bill that seeks to regulate public preaching and other religious activities in the state, said: “Any government that its decision is contrary to religion, that government is in trouble”.
Represented by Namadi Musa, his Special Adviser on Islamic Religion, the governor called for the prayers of the people of the state and Nigeria as the state goes forward to introduce a religious bill in the state.
“We need your prayers as we move forward to introduce religious bill in the state.
“God knows we are doing it with clear intention. As human, we are also bound to make mistake”, he added.
Gov. El-Rufai, however, appealed to the Minister of Information and Culture, Alhaji Lai Mohammed, to reverse the decision of relocating the upcoming 12th lecture to Abuja.
Earlier in his welcome address, the minister, represented by Yakubu Ibn Mohammed, the Director General of NTA, announced the relocation of the subsequent 12th Annual Lecture to Abuja.
“I wish to announce to this gathering that we have decided to relocate the 12th Annual Ramadan Lecture to Abuja”, Mr. Mohammed said.
He commended all those who supported the previous lectures up till the 11th lecture that has been conducted in Kaduna.
Yahaya Abubakar, the Etsu Nupe; Muhammadu Isa Muhammadu, Emir of Jama’a; Sheikh Muhammad Bin Uthman and representative of Shehu Idris, Emir of Zazzau and Chairman of the Kaduna State Council of Traditional Rulers, were among dignitaries who attended the Lecture.
Mansur Liman, DG FRCN, and Osita Okechukwu, DG VON, were among those dignitaries who were notably absent.