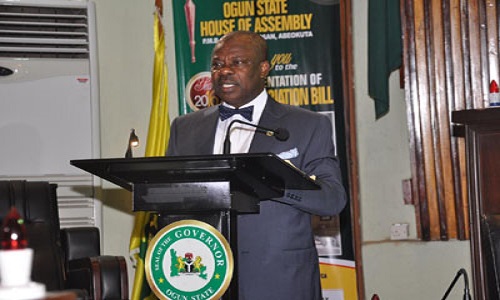 The Ogun State House of Assembly has approved Governor Ibikunle Amosun’s request to obtain N14.16 billion from the Federal Government Budget Support Facility to States of the Federation.

Opening debate on the motion, Hon. Mafe said that the facility which was for a ten year tenor with a single digit interest rate, would reduce the financial burden of the state amd create an avenue for the government to expend the Internally Generated Revenue (IGR) of the state on capital projects.

Members of the House said the facility would help to stimulate economic growth, explaining that the nation needed to borrow to run the economy during the economic recession.