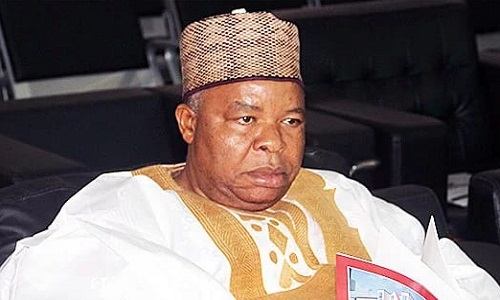 A former Deputy President of the Senate, Alhaji Ibrahim Mantu, has said the Peoples Democratic Party (PDP) would have governed Nigeria for 60 years as projected by some of its leaders had the party remained resolute with the philosophy, vision and mission of its founding fathers.

SEE ALSO: Two PDP members defect to APC
Mr. Mantu, who is co-chair of Concerned Stakeholders of the PDP, stated this yesterday at the national secretariat of the party in Abuja.
Speaking with reporters at the recently re-opened secretariat, the former deputy president of the Senate and staunch supporter of former President Olusegun Obasanjo’s failed third term agenda, said the PDP became drunk with power and collapsed 15 years into its 60 years reign prediction.
“We apologise to God and Nigerians who gave us power, which we got intoxicated with and collapsed. It is impunity that ruined our party. ‎We didn’t allow the voice of the people to work in our system. We didn’t say no to recklessness, imposition and impunity”, Mr. Mantu said.
He, however, noted that the PDP is now “born again, So we must tell God that we are now born again and we will do things differently. We must repent, we must change our attitude. The spirit of repentance is what we need now and we must all be born again”, the PDP chieftain maintained.

No One Has Monopoly Of Leading Nigeria, Says Tambuwal