The German who is currently injured and will not represent his country Germany in the upcoming Euro 2016 finals slated for France, was delighted to have made the switch to England. 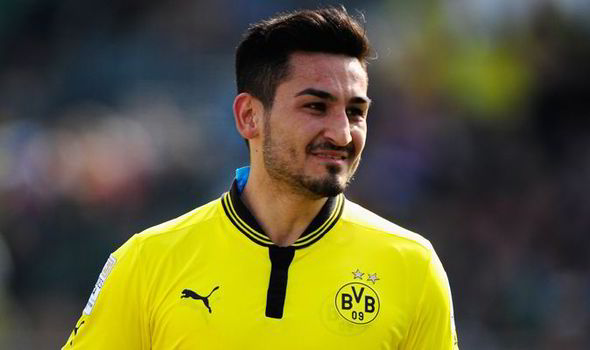 “When I learned of City’s interest, my heart was set on coming,” Gundogan, who becomes Pep Guardiola’s first signing said.

“I will give everything to help us win titles both in England and the Champions League.”

“These are exciting times, I have my best years ahead of me and i think we can achieve great things together.” He added.

For a player known to be injury-prone, it is a massive gamble for Manchester City, reported to have paid £20 million for his services.

Gundogan missed the 2014 world cup because of a back problem that kept him sidelined for a huge chunk of the 2013-2014 footballing season. He also dislocated his kneecap while in training in May this year.

Yet a fit Gundogan is no doubt a priceless asset, a feat Txiki Begiristain, Manchester City’s director of football, was quick to praise.

“He is an intelligent and versatile midfielder who can operate in a number of different roles,” Begiristain said.

“He will be a very important player for us in the coming years.” He added.