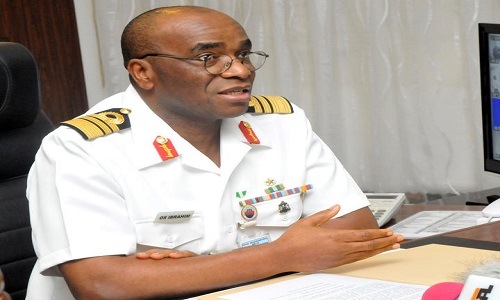 A former Chief of Defence Staff (CDS), Admiral Ola Sa’ad Ibrahim (Rtd), has said the war against insurgency under the leadership of former President Goodluck Jonathan did not yield the desire result because it was politicized.
The former defence chief made the disclosure yesterday in an interview with journalists on the sidelines of a lecture he delivered at the National Defence College (NDC) Abuja, on Military Leadership and National Security.
Ibrahim, who was Chief of Naval Staff from 2010 to 2012 before he was elevated to Chief of Defence Staff (CDS), a position he held for 15 months, said: “In our time, there were so many distractions”.
He added that: “Up to the time the Commander in Chief then declared a State of Emergency, you will hear; we are negotiating here and there, please slow down, north eastern elders were worried; is it an army of occupation?”
The former defence chief noted that “Can you imagine fighting a war and the people you were trying to protect were thinking that soldiers out there on the streets of Maiduguri, were an army of occupation, which brought a lot of political dimension to the issues”.
According to him, when the political dimension, coupled with several other policy choices were introduced, “The result was what we saw. When the state of emergency was declared, I thought there was a little celebration, all be it not for long, because the political dimension was like giving you a job and tying your hand behind your back”.
He also said: “besides the resources to take on such challenges were neither here nor there, to the level one would have expected, we were not prepared for the nature of the insurgency, even our procurement processes were tailored towards or heavier on conventional warfare”.
He noted that the military spent time redefining the nature of the enemy; “see it was a strange thing isn’t it, yeah fine, you could read on the pages of the newspaper that Boko Haram was sitting in the back of a motorcycle and spraying bullets into a market, and there were suicide bombers right here in Abuja isn’t it?”
Ibrahim said the armed forces spent so much time on the containment of Boko Haram insurgents from a conventional point of view and it couldn’t solve the problem.