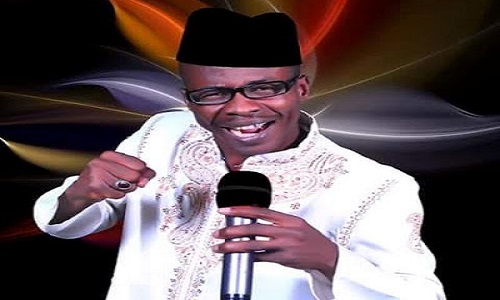 An atmosphere of uncertainty has gripped residents of Adamawa State following the disappearance of a popular musician in the state, Ado Daukaka, after his new album, which condemned corrupt practices, hit the airwave.

The musician’s family said he went missing after some unknown persons visited his home in the wee hours of Saturday.

Mr. Daukaka, who came to reckoning during the administration of former Governor Murtala Nyako, with his popular praise song for the former governor, was last seen on Saturday after he left for early morning prayers.

His wives were reported as saying some strange faces came around asking of his whereabouts shortly after he set out for prayers.

To compound their fears that the worse may have happened to him, Mr. Daukaka missed the naming ceremony of his child born by one of his wives last week.

Already, family members, neighbours and fans are linking his disappearance with his latest song titled “Gyara kayanka (adjust your load)” where he alleged that some elected politicians of the governing All Progressives Congress were deceiving the electorate.

A relative of the missing musician, Atiku Mustapha, said the development did not come as a surprise because in his latest song, Daukaka compared the present crop of elected lawmakers in the state assembly to their predecessors.

“The way and manner things are happening will not augur well for the state. They just want to intimidate those that are criticizing the charade playing out in the state”, Mustapha added.

The leader of the Adamawa Concern Citizens, a pressure group in the state, Hussaini Bello, said, “We totally condemn the abduction of this famous singer. We are investigating the matter and whoever that has hand in it must be exposed.

“In our society singers use their God-giving talents to capture the mood of the society, the songs sometimes don’t go down well with those in power except if the singer praises them”.