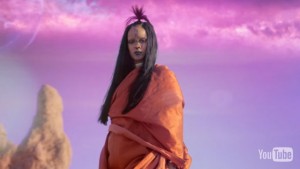 The song is the first single off the soundtrack for the new film, ‘Star Trek Beyond.’

Since the single dropped on June 27, we’ve been anxiously anticipating this video and RiRi did not disappoint!