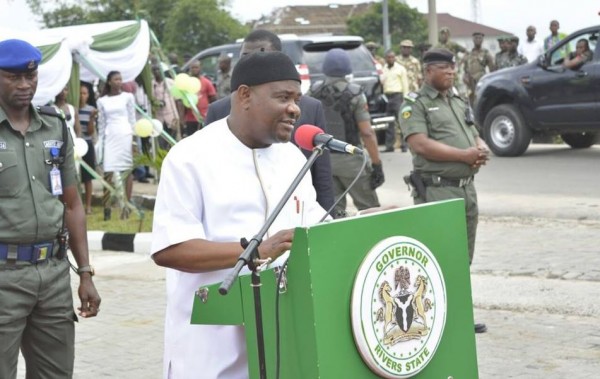 The Rivers State Government has told the Economic and Financial Crimes Commission, EFCC, that it lacks the constitutional powers to look into its books.

The Attorney General of the state and Commissioner of Justice, Mr Emma Aguma, who made this known in a letter to the Chief Justice of the Federation, Justice Mahmud Mohammed, said there were judgments barring the anti-graft agency from investigating the state.

Mr. Aguma also described as untrue, a newspaper report that a staff of the state government withdrew N11billion for the state.

“The totality of the allegations made in the said publication is untrue and unfounded. It is a salacious publication aimed at both scintillating the reading public and scandalizing the Government of Rivers State by the usual methods of trial on the pages of newspapers devoid of verifiable facts.

“The wild allegations contained in the said publication would be appropriately addressed and their falsity shown when they are raised by due process of law at the appropriate forum.

“The judgment was delivered by Justice P.  Agumagu on February 16, 2007. This judgment enunciated the following principles of law which till date have not been set-aside by the EFCC in any appellate court. The principles of law are:

“By the combined effects of section 125 subsections (2), (5) and (6) of the Constitution of the Federal Republic of Nigeria 1999 (the 1999 Constitution), it is the House of Assembly of a state, Rivers State inclusive, that has the final say on matters pertaining to the funds of the state as laid before it by the Auditor-General’s Audit Report of all public accounts and the Accountant-General’s financial statements and published annual accounts”.