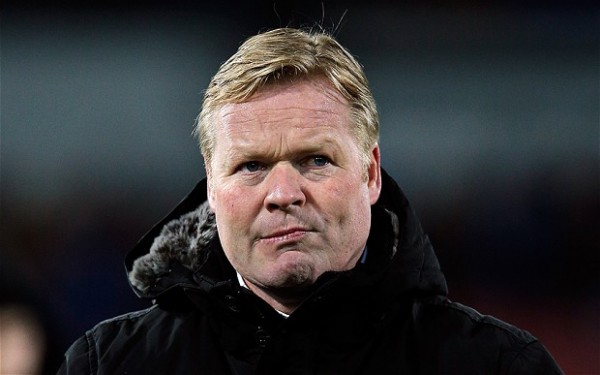 Everton are expected to confirm the appointment of Ronald Koeman as their new manager in the next 24 hours, Sky sources understand.

The Toffees are close to finalising a £5m compensation deal with Southampton for the Dutchman to take over at Goodison Park, according to Sky sources.

It was reported by SKy over the weekend that Koeman had been approached to replace Roberto Martinez with talks between Everton and Koeman’s agent Rob Jansen led by majority shareholder Farhad Moshiri.

Before further talks could progress, compensation for the Saints had to be agreed and a resolution seems to be near.

On Saturday, Jansen was quoted in Dutch media saying a deal had been reached for Koeman to become the next Everton boss.

However, Jansen told Sky there was no agreement in place between the two clubs and insisted it was premature to say a deal had been done.

It is understood Everton would be prepared to pay Koeman an annual salary in the region of £6m and give him around £100m to spend in the transfer market this summer.