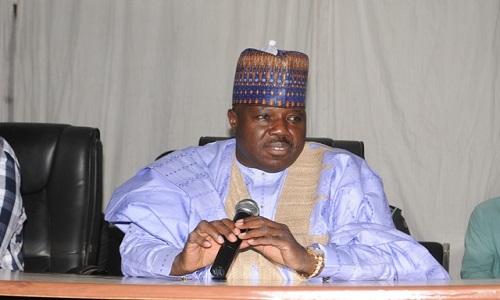 The dissolved National Working Committee of the Peoples Democratic Party, PDP, led by Senator Ali Modu Sheriff, has suspended the state executive committee of the party in Edo State.

The Chief Dan Orbih-led executive committee of the Edo PDP was purportedly suspended by Mr. Sheriff “sequel to various petitions deriving from allegations of irregularities arising from the last state congresses that sought to elect State Executive Committee for the chapter”.

In a swift response, the Edo PDP said Mr. Sheriff lacked the power to sack its executive committee.

Sheriff and the National Secretary of his faction of PDP, Prof. Wale Oladipo, in a statement in Abuja yesterday, said the suspension of the Edo PDP exco was part of the decision taken at the NWC meeting of June 21, 2016.

They said the suspension would enable the PDP NWC investigate the allegations contained in the petitions and come out with a fair and just decision.

Sheriff proceeded to appoint an eight-member caretaker committee to run the affairs of the state chapter for a period of three months.

In a statement by Mr. Orbih yesterday, the state chapter said the embattled factional chairman’s action has shown that he was not a true member of the PDP.

“By his pronouncements and his actions, he has shown the whole world that he is not a true member of PDP. He is on a mission designed by the party in government that is being executed by him”, he said.

Orbih also said Mr. Sheriff was never elected as the chairman of the PDP, rather, he was appointed by the National Executive Committee, therefore, should stop arrogating powers that he doesn’t possess to himself.

“Hundred Sheriffs cannot dissolve the Edo exco as he is no longer the acting chairman of the party.

According to Mr. Orbih, the NEC approved the appointment of Mr. Sheriff as acting chairman for a period of three months, which he said had elapsed after the national convention of the party which held on May 21, 2016 in Port Harcourt, Rivers State.

“So, the convention with its overwhelming power, dissolved the executive national organ of the party and appointed a caretaker committee that will oversee the affairs of the party pending when we hold the next national convention to elect the officials.

“So, Sheriff is merely exercising his foul mouth to make illegal pronouncements that can never be obeyed by any person in our party.

“I advise him to steer clear from Edo PDP and face his political integration in Borno where since he left office as governor has been a hotbed of political crisis”, he said.