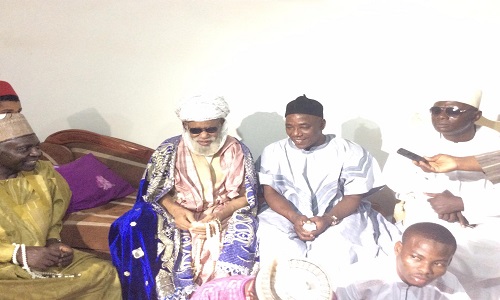 The Minister of Youth and Sports, Barrister Solomon Dalung yesterday led a group of 20 Christian clerics to observe “iftar” – the breaking of Ramadan fast – with Muslim clerics in Kaduna including respected Islamic scholar, Sheikh Dahiru Bauchi.

The minister, while speaking with newsmen after breaking fast with the Muslim clerics, said the effort is geared towards fostering inter-religious harmony and promoting peaceful co-existence among different faith organizations in Nigeria.

Mr. Dalung added, “This is the fourth year we have been coming to Kaduna with many Christian clerics including Reverend fathers, pastors, evangelist and other top Christian leaders from northern Nigeria to break-fast with Sheikh Dahiru Bauchi at his resident and to mix and interact with other top Muslim scholars so as to promote peace and encourage religious tolerance, and to show Nigerians that we are all created by one God “Allah” and Adam and Eve were our original parent.

“We want the Muslims scholar to keep on praying for ever lasting peace in the country and also pray for rapid socio-political and economic development especially at this trying time when our country is facing a lot of difficulties including militancy, insurgency and economic downturn”. 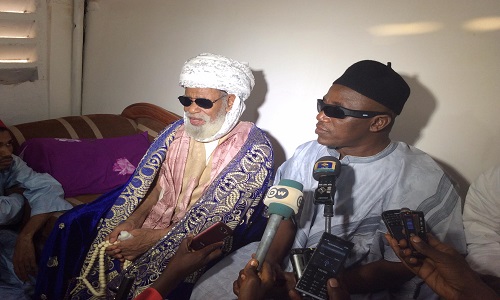 One of the Christian clerics on the minister’s delegation, Pastor Yohanna Buru, called on Muslims to use the last 10 days of Ramadan to pray vigorously for the continued peace and harmony of the different faiths in Nigeria.

Responding on behalf of the Muslim scholars, Sheikh Bauchi described Christians as good friends to Muslims and called on scholars from the two faiths to redouble their prayer for President Muhammadu Buhari and the unity of the country at large‎.

Sheikh Bauchi, who urged Nigerians to be patient with the new policies formulated by the present administration, expressed optimism that “Everything will soon be in order‎ by the grace of God”.