The world’s longest reigning Monarch, King Bhumibol Adulyadej of Thailand is celebrating his 70th year on the throne.

The 88 year old King has had a 70 baht bank note to commemorate the occasion as events to mark the anniversary of his rule began on Thursday.

The King has not made a public appearance due to his failing health, as reports indicate that he recently had heart surgery.

In the capital city of Bangkok, 770 Buddhist monks were ordained just outside the Grand Palace to mark the King’s 70th year rule. 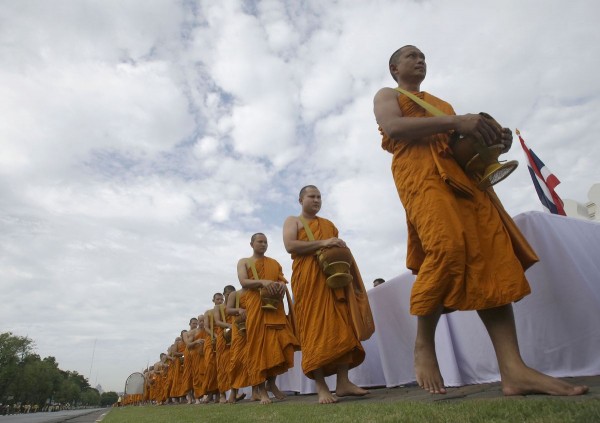