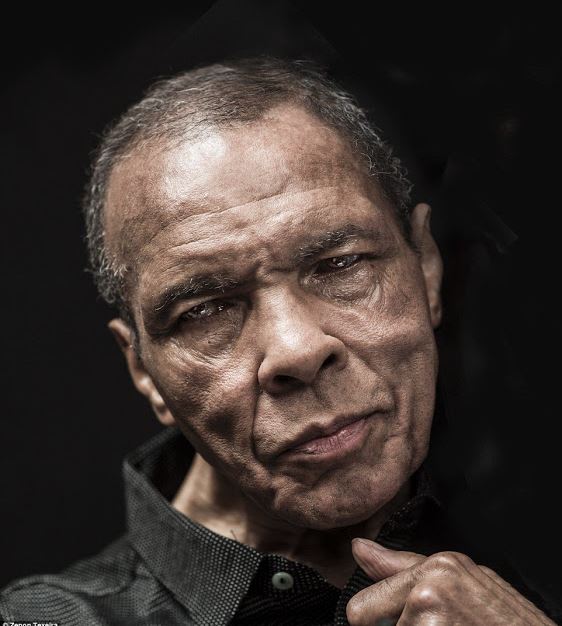 The haunting last portrait of Muhammad Ali: Moving photos reveal the devastating effects of three decades of Parkinson’s as tragic boxing legend raises his fists for the final time. Harrowing effects of more than three decades fighting Parkinson’s seen in extraordinary images published today
British photographer Zenon Texeira captured moving portraits of former world champion at his home in March
Ali passed away on Saturday aged 74 after 32-year battle with neurodegenerative disease brought on by his boxing
Muhammad Ali raises his fists for the final time in haunting photographs from The Greatest’s last ever shoot. The harrowing effects of more than three decades fighting Parkinson’s can be seen in the extraordinary images published today by the Daily Mail for the first time.

But so too is the unmistakeable hint of a smile. British photographer Zenon Texeira was invited into Ali’s home in Phoenix, Arizona, at the end of March with the blessing of the former world champion’s family.