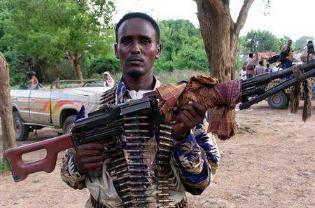 On this day in 1993; Forces of Somali warlord Mohammed Farah Aidid ambushed UN soldiers in Mogadishu, killing twenty-two Pakistani soldiers.
On this day in 2006; Islamic militants with alleged links to al-Qaida seized control of Somalia’s capital, unifying the city for the first time in 16 years and posing a direct challenge to the UN-backed government.
Equally on this day in 1991; Algeria’s former president declared a state of emergency in the capital following a crackdown on protests by Muslim fundamentalists. The country’s first multiparty parliamentary elections are postponed
Also on this day in 1986; SA signed treaty with Botswana, Mozambique and Zimbabwe relative to the establishment of the Limpopo Basin Permanent Technical Committee.
And on this day in 1873; Under pressure from the British, the sultan of Zanzibar signed a treaty abolishing slavery.