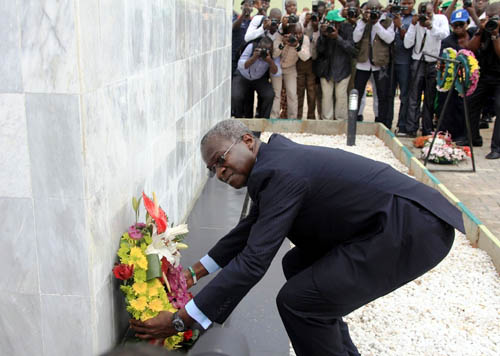 On this day in 2012, Dana Air Flight 992, a scheduled domestic commercial passenger flight from Abuja to Lagos, Nigeria crashed into a furniture works and printing press building in the Iju-Ishaga neighbourhood of Lagos.

The crash resulted in the deaths of all 153 people on board and 10 more on the ground and the crash of Flight 992 is the deadliest aviation disaster involving a McDonnell Douglas MD-83, as well as the second-deadliest involving an MD-80 series aircraft, behind Inex-Adria Aviopromet Flight 1308. It is also the second-deadliest aircraft crash on Nigerian soil, behind the Kano air disaster of 1973.

Also on this day in 2013, Babatunde  Fashola who was the Governor of Lagos at the time, officially unveiled the cenotaph and laid wreathe at the site of the crash to mark the first year  remembrance of crash victims.