IN compliance to the shutting down of the University of Nigeria, Enugu Campus, UNEC, as well as suspension of academic activities, traders in the school environment have lamented the untold hardship and suffering the action by the university authorities has brought on them. 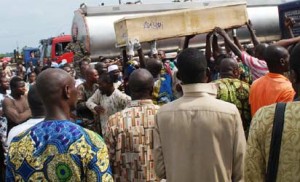 The Deputy Vice Chancellor, DVC, of UNEC, Professor Smart Uchegbu had on Tuesday, June 14, shut down the school indefinitely as a result of the violent protests embarked upon by students under the aegis of the Students Union Government, SUG, of the institution.

In a memorandum signed by Prof Uchendu, the university authorities had stated, “this is to bring to the notice of the university community that in light of the violent protests and monumental destruction of properties on June 13, 2016, the Vice Chancellor had approved the implementation of the immediate suspension of the Enugu campus of the SUG and closure of the campus immediately.”

The students had embarked on protests to demand for better learning environment, constant power and water supply as well as alleged extortion and compulsory payment of N12,000 internet fee which they were not using. H

owever, a business man in the campus, Mr.James, said that the suspension of academic activities has impacted negatively on their businesses.

“We are just here watching, nothing is moving again the way it was when students were around. Our businesses have been badly affected. What does the school want us to eat if this situation continues?,” he lamented. Also, a hawker of fruits, said her children were at the receiving end of the directive by the school authority. “

It has not been easy since this whole thing started. I am a widow and my children are the ones suffering this action by the school. I beg them to reconcile and re-open the school again,” she added.