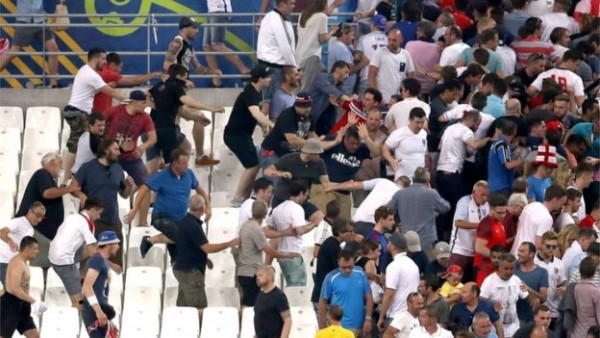 Sports governing body, UEFA has issued final warnings to Russia and England amid threats of expulsion from the Euro 2016 tournament if there is further violence.

English and Russian fans were engaged in a violent clash in Marseille on Saturday night after both teams played out a 1-1 draw in the opening game of the group at the Stade Velodrome stadium. UEFA has begun disciplinary procedures against Russia whose masked fans were said to have initiated the attacks. 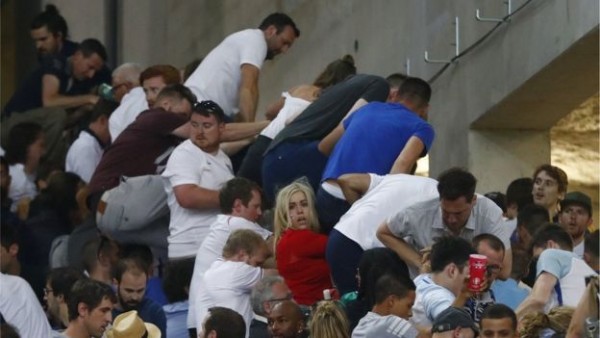 Perhaps the biggest questions raised from Saturday’s incident is how a fan managed to get into the stadium with a flare gun as fingers are being pointed at slack security measures at the stadium. The statement from UEFA said,

The UEFA Executive Committee would like to express its disgust at the violent clashes which occurred in the city of Marseille.

Such unacceptable behaviour by so-called supporters of the national teams of England and Russia has no place in football, a sport we must protect and defend.

The UEFA Executive Committee has warned both football associations that – irrespective of any decisions taken by the independent disciplinary bodies relating to incidents inside the stadium – it will not hesitate to impose additional sanctions on the Football Association (FA) and the Russian Football Union (RFS), including the potential disqualification of their respective teams from the tournament, should such violence occur again.

We urge both the FA and the RFS to appeal to their supporters to behave in a responsible and respectful manner.

We would also like to publicly voice our support for the work of the French authorities and security forces for their efforts to deliver a safe and secure tournament in challenging circumstances.