Usher’s eight studio album is on the way! Titled Flawed, Usher has already dropped a single off the album (No Limit) and has now gone on to release the second single off the highly anticipated album. 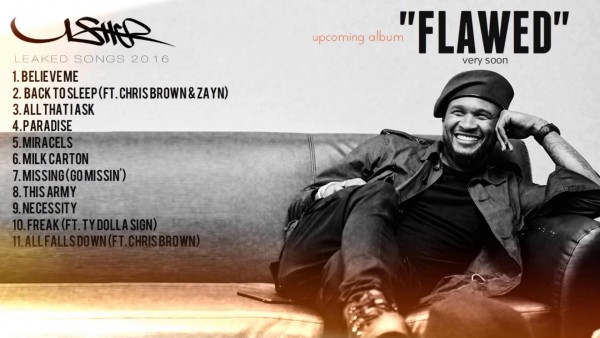 To be sure his new single ‘Crash’ is a plea to a lover entreating her to accept his amorous advances. Give it a listen and tell us what you think!