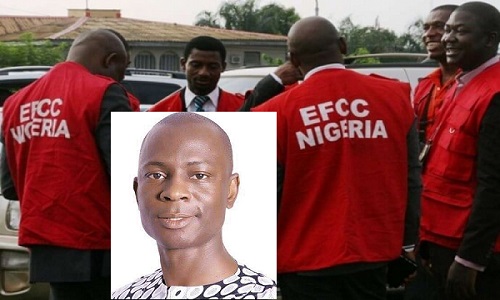 Fresh facts emerged yesterday as to the main reason why former President Goodluck Jonathan’s cousin, Robert Azibaola; his former SSA on Domestic Matters, Waripamowei Dudafa; and former NSA, Sambo Dasuki, are still being held by the Economic and Financial Crimes Commission, EFCC.
The trio were at various times arrested over alleged involvement in massive corruption under the Jonathan administration but their continued detention despite calls for their release, has been traced to security concerns.
A source familiar with the case said their continued detention might have more “to do with national security than financial misappropriation”.
Sources said the heightened insecurity and resurgence of militancy in the oil-rich Niger Delta by the Niger Delta Avengers (NDA) may have been traced to some of the sympathizers of the Jonathan government.
The source, who said government is yet to conclude investigation into the involvement of some of the ex-president’s allies and sympathizers, however, vowed that “no lead will be left unattended”.
“The rate at which this issue of Avengers is going, we are looking beyond the surface of the so-called conditions rolled out by the avengers. Right now, there are feelers that some top officials of the past administration actually instigated the ongoing crisis in the Niger Delta region.
“That is why we are not bothered about the blackmail that is going on that we are holding people illegally or refusing to allow suspects access to medicals. This is because even though we are yet to conclude investigation, there could be more to this matter at hand”.