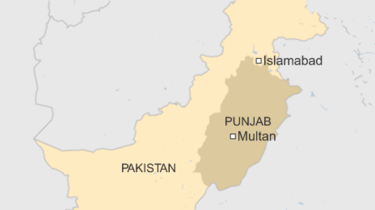 A Pakistani woman has been arrested after she bathed her boyfriend with acid.

Although she claims she acted in self defense after he attacked her, the boy’s family says she attacked him because he had refused to marry her.

The couple were in a relationship and the incident occurred on Tuesday when her boyfriend came visiting.

Eyewitnesses report that he stumbled out of the house and is currently receiving treatment in the hospital after sustaining burns to 50% of his body.