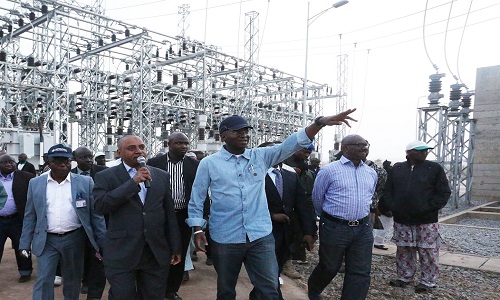 The first two units of the 215 megawatts (mw) Kaduna power plant will be ready first quarter of 2017, an official has said.

A Director in the Ministry of Power, Works and Housing and project supervisor, Engr. Briskila Sapke, said yesterday that the Dual Fired Low Pour Fuel Oil (LPFO)/Gas plant when completed, would add 30mw to the national grid, while the other six units would be ready by end of 2017.

Engr. Sapke made this known in her briefing to the Minister, Babatunde Fashola, and the Kaduna State governor, Malam Nasir el-Rufai, at the plant site yesterday.

Fashola, who inspected the project, said the plant would revive the comatose textile industry in Kaduna just as he pointed out that what was needed was harder work “as issues of non-payment of invoices since 2013 will be solved with the 2016 budget”.

The minister added that the budget had captured resources with which to pay contractors who were already back on site.

With over 150 workers in the employment of companies handling the project, Mr. Fashola said “these people will earn money that would enable them pay fees for their children and also provide food on their tables”.

He further assured the contractors of government intervention in clearing the 40 containers for the project that had been held up at the ports.