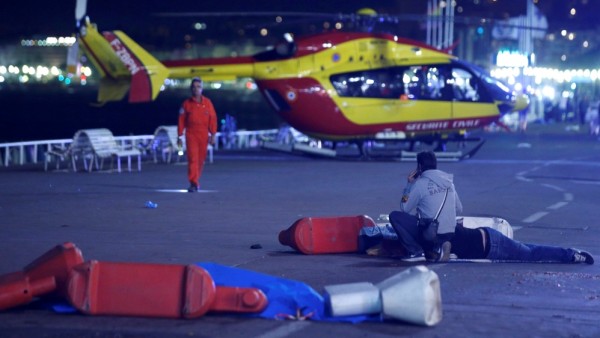 In what has been labeled a terror attack, a driver drove a lorry through a crowd of people in the French city of Nice on Thursday night.

The crowd had gathered to celebrate Bastille day and were watching a fireworks display when the lorry drove into the crowd at high speed. At least 84 people have been confirmed dead in the aftermath of the attack with dozens more people injured.

The driver of the lorry was shot and killed by policemen and it is another worrying terror attack in France.

President Francois Hollande said, “There’s no denying the terrorist nature of this attack of yet again the most extreme form of violence”

He also stated that France would not relent in its right against terror, “Nothing will make us yield in our will to fight terrorism. We will further strengthen our actions in Iraq and in Syria. We will continue striking those who attack us on our own soil,”

There have been no claims of responsibility for the attack by any terror group at the time of this report.