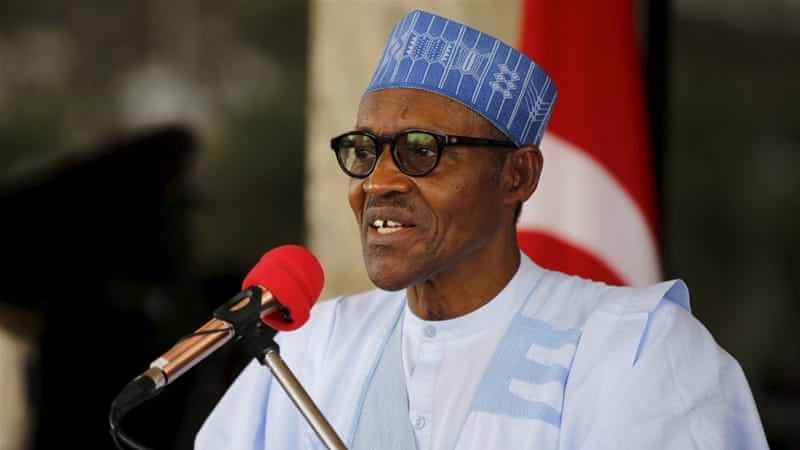 President Muhammadu Buhari during his address at the international workshop of the role of the judiciary in the fight against anti corruption made the following points.

Its no longer news that Pres. Buhari  has made the fight against corruption one of the top priorities of his administration according to him, it is with the hope that the fight will help restore the economy and build a new Nigeria. INFORMATION NIGERIA brings you 9 interesting points he wants the judiciary to take note of.

1.The importance  of the judiciary

The responsibility of the judiciary in a democratic society such as ours is a critical one. It is one of the three pillars of the modern democratic nation state and is essential to the process of checks and balances, which is so fundamental to the way societies such as ours are meant to operate and function. This apparent function that the Judiciary plays is undeniably one of the cornerstones of any effective strategy against corruption.

While it is true that corruption is a global phenomenon occurring in almost all countries in the world, the problem is much more pronounced in some countries than others but more complicated in developing countries. It has now become clear that corruption is one of the main obstacles to peace, stability, sustainable development, democracy, and human rights around the globe.
The judiciary is a public institution whose job is to provide fundamental checks on other public institutions. Therefore, a fair and efficient judiciary is the key to all anti-corruption initiatives.

3. What the UN says about the judiciary

Article 11 of the United Nations Convention Against Corruption, provides that the independence of the judiciary and its crucial role in combating corruption, shall, in accordance with the fundamental principles of a State Party’s legal system and without prejudice to judicial independence, take measures to strengthen integrity and to prevent opportunities of corruption among members of the judiciary. What Article 11 simply means is that a corrupt judicial system not only violates the basic right to equality before the law but also deny procedural rights guaranteed by the Nigerian Constitution.

4.Why the judiciary must remain pure

In carrying out its role in the fight against corruption, the judiciary must remain impartial and most importantly, be seen to be impartial. It is incumbent on the judiciary to analyze facts based on the applicable law without prejudice and penchant regarding the case they are dealing with, and without acting in any way that would favor the interests of any of the parties.

5. When the judiciary is corrupt

Where judicial corruption occurs, the damage can be pervasive and extremely difficult to reverse. It undermines citizens’ morale, violates their human rights, harms national development and depletes the quality of governance.

6.What the judiciary must do

The Judiciary must take steps to ensure that it is not seen as being partisan. As such, it must be aware of the sensitivities of the public and take steps towards avoiding even the shred of a doubt as regards its independence. In justice, integrity is a necessity. Hence, Judicial Officers and all other members of this sector must always demonstrate manifest integrity.

7.What a slow judiciary means

Critically important also, is the sacred duty of the judiciary to ensure that criminal justice administration is not delayed. I am worried that the expectation of the public is yet to be met by the judiciary with regard to the removal of delay and the toleration of delay tactics by lawyers.

8.How Nigerians should see the judiciary

To this end, the Judiciary is under a duty to keep its house in order and to ensure that the public, which it serves, sees this. Thus, we cannot expect to make any gains in the war against corruption in our society when the judiciary is seen as being distant from the crusade. This will not augur well and its negative effect will impact all sectors of society.

9.The success of the corruption lies only with the judiciary

To this end, the Judiciary is under a duty to keep its house in order and to ensure that the public, which it serves, sees this. Thus, we cannot expect to make any gains in the war against corruption in our society when the judiciary is seen as being distant from the crusade. This will not augur well and its negative effect will impact all sectors of society.