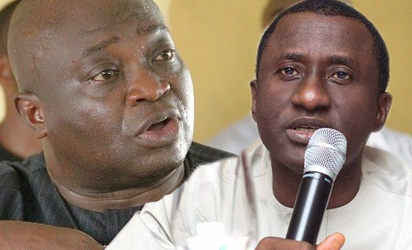 The Abuja Division of the Court of Appeal has ordered that Governor Okezie Ikpeazu of Abia State should remain on seat pending the determination of a suit challenging his earlier removal from office.

A five-member panel of judges, led by Morenike Ogunwumiju, said the parties in the matter must “remain as they were” before the case got to the court.

It would be recalled that Justice Okon Abang of the Federal High Court sitting in Abuja had on June 27, 2016 sacked Mr. Ikpeazu from office after finding him guilty of tax offenses.

Justice Abang also ordered the Independent National Electoral Commission, INEC, to issue a certificate of return to Samson Ogah, the runner-up in the December 2014 governorship primaries of the Peoples Democratic Party, PDP, that produced Ikpeazu as winner.

The judgment led to a political logjam in the state as the governor refused to vacate his seat as ordered by the federal high court while Ogah had already been issued the certificate of return, and was laying claim to the governorship seat.

On Tuesday, the counsel to Mr. Ogah argued that Mr. Ikpeazu was not legally the de-facto occupant of the Abia state Government House.

He said there were conflicting judgments on the matter.

But the judge, Mrs. Ogunwumiju, said the court considered it important to avoid a misinterpretation of its ruling.

She said the decision of the court was for parties to “remain as they were” should not be misconstrued as meaning that the appellate court had issued a stay-of-execution order.