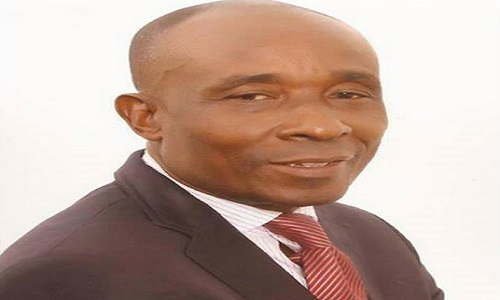 The political crisis in Abia State took a dangerous turn at the weekend as a third force has emerged with a claim to the governorship seat of the state.

While Abians were still trying to grapple with the governorship tussle between elected governor, Dr. Okezie Ikpeazu and the federal high court, Abuja-declared governor-elect, Dr Uche Sampson Ogah, one of the governorship aspirants in the December 2014 primaries of the Peoples Democratic Party, PDP, Sir Friday Nwosu, yesterday faulted the judgment, saying he ought to have been declared governor.

Nwosu, who is also challenging in court the validity of the tax papers submitted by Ikpeazu for the election, said he was the rightful candidate of the party, not Ogah.

The suit is being heard by Justice A.I. Alagoa of the Federal High Court, Owerri.

Nwosu, who spoke in a telephone interview with journalists, stated that the court erred in law when it declared Ogah as governor since he (Ogah) refused to accept the result of the primaries and thereafter petitioned the national leadership for a rerun of the exercise.

He said: “The judgment is in error and cannot stand judicial scrutiny. Dr. Uche Ogah should not be allowed to benefit from an exercise he totally condemned by refusing to sign the result and petitioning the party to conduct another primary election.

“Again, the PDP in its Constitution recognizes zoning of political offices. The 2015 governorship position was rightly zoned to Abia South in the spirit of justice and equity. Since Dr. Uche Ogah is a member of the PDP, he must abide with the decisions of the party. Therefore, he cannot emerge from behind to shortchange the people of Abia South”.

Nwosu said he has appealed the verdict and urged his teeming supporters across the state to remain law abiding, adding that justice would be served on his petition which is being heard by the court.