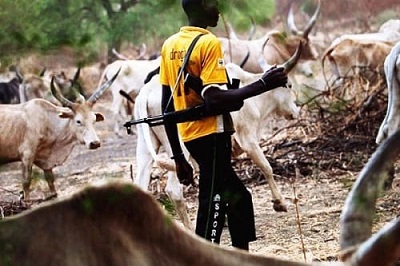 The Njiya-Goron Community of Adamawa State has threatened to resort to self-defence in the face of continued attacks on members of the community by suspected Fulani herdsmen.

The community said the decision to resort to self-defence was taken after authorities failed to contain the armed herdsmen’s incessant attacks, which they said had claimed several lives and destroyed properties.

Addressing journalists on Monday in Yola, the State capital, Chairman of the community, which comprised 13 villages, Manassah Nayangom, said the community had so far lost 65 people and property worth over N2 billion to the marauding herdsmen.

“The hunting and killing of our people at will by these blood suckers must stop; otherwise we have no choice than to take drastic measures to defend ourselves, for it appears the government does not care whether we are dead or alive.

“There were wanton destruction and looting of our properties worth billions of naira by vandals.

“This left us with no alternative than to run to the National Human Right Commission (NHRC) in order to enforce our fundamental human rights, as we hold strongly that the right to life is a universal gift of God that no race or tribe, no matter how strong, can lay higher claim to it as being insinuated by Fulani herdsmen”, Mr. Nayangom said.

He called on the Adamawa State government to constitute a Judicial Commission of Enquiry in order to fish out and punish anyone involved in the killings.

“We wish to emphasize that the Federal Government must urgently summon the political will to forge a lasting solution to the menace of the Fulani herdsmen in Adamawa State”.