The late former Military Governor of the old Western Region, Lt.-Col. Francis Adekunle Fajuyi, died a poor man, his son Donald Femi Fajuyi has revealed.
Speaking on the 50th remembrance of the death of the Nigerian hero, the junior Fajuyi said the late governor never had a personal house until he was killed in a military coup on July 29, 1966.

The 67-year-old lawyer said although his father was not rich at the time he was killed, “he died as a fulfilled man, whose name is on the positive side of history and a contributor to the country’s unity.” 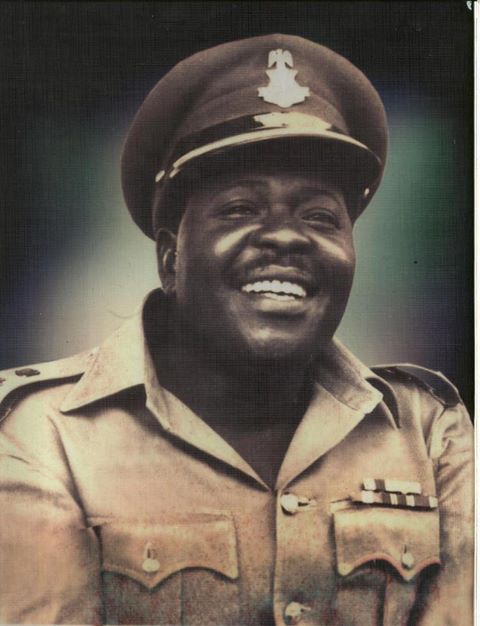 He said: “When Fajuyi became governor of old Western Region in January, 1966, he had sent words to Ekiti to stop the building of his house, which was at foundation level on Textile Road in a place called Onimosoyin in Ado-Ekiti. That was the house I had inherited. I was 17 years old then; so I remember.

“He did so because the ethics of public service demands that you do not acquire anything during service. You see, I’m always surprised at the way our public office holders now behave.

“I am surprised at how our political office holders acquire properties greedily. Within six months in office, they become multi-billionaires. This is all wrong. Public office is not for self-aggrandisement.

“So, I am so grateful to God that President Muhammadu Buhari has come and he’s taking us back to the days of Fajuyi when public office holders upheld morality and were not corrupt. Since Fajuyi died, the morale of the country has been on the decline, the government has abandoned us and many others affected.”
“He saved for us and all his entitlements were given to us by the then government, even his life insurance, because he insured his life. All of them were gathered to sponsor our education up to university level. And I thank God, after graduating in 1977, I have been in law practice since then. I’m not rich, but I have been managing.

“My younger brother, Dayo, died in 2013 at the age of 61. I am the only male now and there are other female children, who are happily married and doing well in their husbands’ homes.

“I have always had interest in politics but the way politics is being run in Nigeria is something I don’t really like. My father in his lifetime had never said anything so good about Nigerian politicians. So, I am not so excited about politics, “ the junior Fajuyi said.