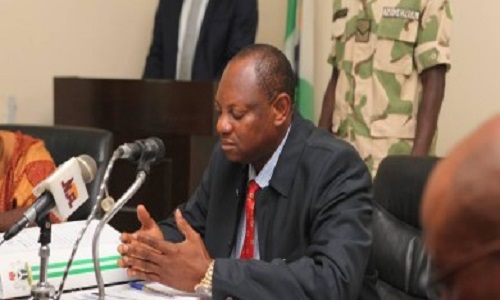 The office of the Presidential Amnesty Programme (PAP) says it has commenced the third phase of sustainable reintegration of about 30,000 ex-agitators in the region.

It said the reintegration of the ex-agitators commenced after the successful implementation of the disarmament and demobilization phases of the programme.

The Niger Delta Liaison Officer, Office of the Coordinator of the Presidential Amnesty Programme, Mr. Piriye Kiyaramo, made the disclosure in Yenagoa, the Bayelsa State capital on Thursday when he visited the Federated Correspondents’ Chapel (FCC) of the Nigerian Union of Journalists (NUJ).

According to the liaison officer, as part of efforts to achieve successful reintegration process, the Amnesty Office created liaison offices in various Niger Delta states to bridge the existing gaps between Abuja and the stakeholders in the region.

Kiyaramo said: “Our amnesty programme is very large in terms of population. It is funded by the Nigerian government as it is obtainable in other conflict areas where DDR programme is in place.

“By DDR programme, I mean Disarmament, Demobilisation and Reintegration. When you disarm the combatants, you bring them into camps, which is demobilization. After that you train them and when they have been trained, you reintegrate them into the society. I want to tell you that the stage we are now is the stage of reintegration.

“We are carrying out sustainable reintegration of the ex-agitators. This process involves setting up means of livelihood for them to be able to participate in the local economy. And so, we have started giving them starters packs in different areas to enable them to reintegrate properly into the civil society in their communities”.