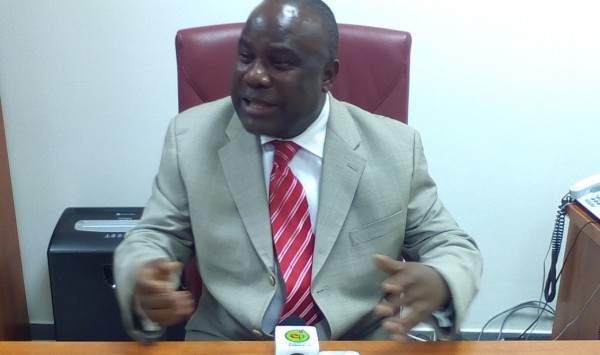 The Senator representing Oyo North Senatorial District on the platform of the All Progressives Congress, APC, Abdulfatai Buhari, has warned against unnecessary sentiments and sympathy for looters, who are standing trial and called on Nigerians to support the anti-corruption war.

The senator spoke when he featured on a live radio and television network programme of the Osun State Broadcasting Corporation (OSBC), “Guest of the Month” at Ile-Awiye, Oke-Baale, Osogbo.

Senator Buhari also expressed confidence that majority of Nigerians still have faith in the administration of President Muhammadu Buhari.

He, however, said that if the anti-corruption efforts of President Buhari must succeed, Nigerians must retain their confidence in the federal government and allow the anti-graft agencies to do their job.

“People of this country know that Buhari will not steal and he would not tolerate stealing of public fund by his aides. But the president needs more encouragement in the area of anti-corruption war”.

“For those claiming that the anti-graft bodies are doing selective prosecution, they must understand that the looters were also selective when they were stealing the public funds. Therefore, we must shun unnecessary sentiment and support the war against corruption”, he added.

Speaking on the push for immunity for presiding officers of the National Assembly, Senator Buhari described the move as uncalled for.

According to him, the Senate President, House of Representatives Speaker and their deputies do not need immunity for any reason and declared that the bill cannot scale through.

Senator Buhari explained that the bill that is seeking to alter the 1999 Constitution to provide immunity for the presiding officers of the National Assembly, shouldn’t have come at this moment, asserting that Nigerians would oppose the bill till it eventually dies.

The lawmaker opined that the timing of those clamouring for immunity for NASS leadership, especially when all eyes are on them, was very suspicious, and expressed confidence that Nigerians would mobilise across the country to “kill” the proposed legislation in their determination to tackle what he termed “selfishness”.

Senator Buhari noted that even state governors and their deputies do not need the immunity that they enjoy currently, saying that only the President and the Vice President actually deserve the immunity.

“Any politician that is popular among the people would not be seeking immunity which cannot last forever. Even if you are given the immunity, it is only for the period when you are in office. You will still go back to the people after your tenure and meet what you ran away from”, Buhari said.