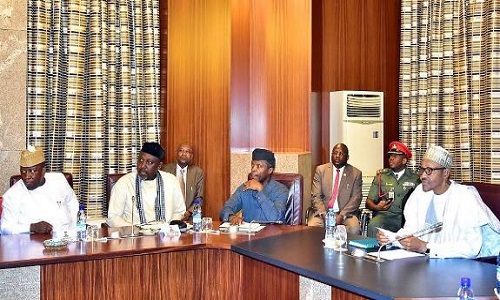 Governors elected on the platform of the All Progressives Congress, APC, yesterday met with President Muhammadu Buhari at the State House in Abuja and reassured him of their support and loyalty.

Chairman of the Progressives Governors Forum and Imo State Governor, Rochas Okorochas, who spoke to State House correspondents after the meeting, said they were behind the ongoing anti-corruption crusade of the Buhari-led administration.

He said they also saluted the president for the successes so far recorded in the ongoing fight against insurgency in the country.

“We are going to look into the matter because we need a strong, vibrant National Assembly to make things move fast in the country”, he said. 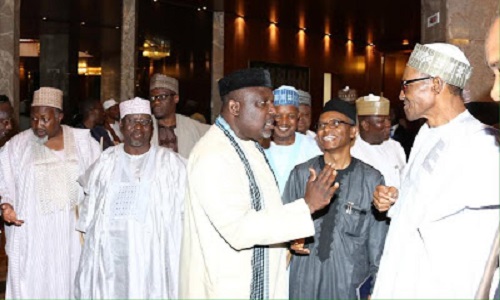 On the financial position of the states, Gov. Okorochas acknowledged that there had been some improvements in the finances.

According to him, this is a clear indication that the President Buhari-led administration was doing a lot to revive the economy.

“We are not yet there, but we are getting there. We appeal to Nigerians to be patient with this government because it means well about the welfare of our people”.

‎On the condemnation that greeted the proposed visit of six governors across the political divide to Germany for training, the governor dismissed the insinuation that it was a jamboree.

“There is nothing like jamboree trip.‎ We are going to Germany because we cannot do everything here without exchanging ideas.

“Everything you do in your home, your business you share ideas.

“So, we want to see how they have done what they had done to succeed. The aspiration of Nigeria is to be like other developed countries in the world”, Mr. Okorocha explained.