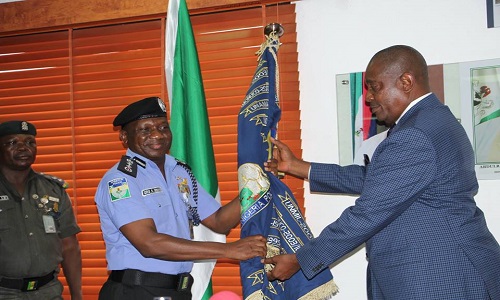 The immediate past Inspector General of Police, Mr. Solomon Arase, has condemned his successor, Ibrahim Idris’ decision to address the media, rather than personally reach out to him over alleged ‘missing’ police vehicles.

Acting IG of Police, Idris, had while addressing a press conference yesterday in Abuja, accused his predecessor of taking with him, following his retirement last month, 24 police vehicles, including two BMW 7 series; one armoured and leaving him with an old and rickety vehicle.

The police chief, who claimed Arase refused to return the vehicles despite writing him to that effect, disclosed that he had set up a Special Investigation Panel to “investigate all the vehicle purchases, contributions to the police and the distribution of those vehicles in the last three years”.

Arase who is in London for his son’s graduation, said in a statement on Monday that every information needed by his successor on vehicles bought by the police were in his handover notes.

The retired IG maintained that all vehicles bought by the police under him were distributed to the state commands and other appropriate units of the force.

He also denied getting any letter from Idris since he has been in the UK.

“I suspect there must be a disconnect somewhere because every information needed by my successor are provided in my handover notes”, Mr. Arase said.

“I’m also not aware that any letter was written to me because if there was any dropped in my house, someone would have alerted me.

“It’s unfortunate that this matter is being made a media issue because my successor has my telephone number and could have called me for any clarification or even sent me a text message rather than addressing the media on an issue well documented in my handover notes”, he lamented.