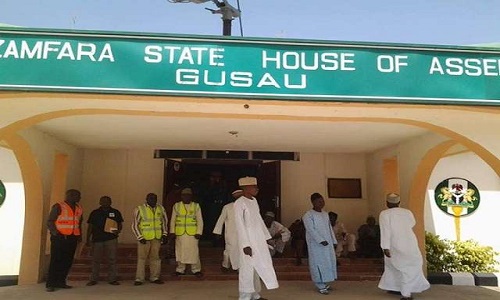 The Conference of Speakers of State Houses of Assemblies in Nigeria has described the arrest of Speaker of the Zamfara State House of Assembly, Sanusi Garba Rikiji, his deputy, Muhammad Abubakar Gumi and other principal officers by as undemocratic and an invitation to anarchy in the country.

The Zamfara Assembly’s principal officers were invited to Abuja last Tuesday by the Department of State Service (DSS) and since then, have remained in custody.

The lawmakers were reportedly detained to prevent the Assembly from going ahead with its planned impeachment of Governor Abdul-aziz Yari.

The remaining members of the House of Assembly have fled the state over fears of arrest and intimidation.

But the conference of speakers in a statement in Abuja yesterday by its Administrative Secretary, Busari Sarafadeen, said that it would not accept such action, which it noted was aimed at stifling and suppressing the state legislature.

“The unprovoked arrest, which is unconnected with the executive arm of government of the state, is not only undemocratic but a bad precedent which is capable of throwing the state in particular and the general into the state of anarchy.

“The conference wants the executive arm to desist from such activities that are aimed at stifling and suppressing the legislative arm of government in the state”, the conference said.