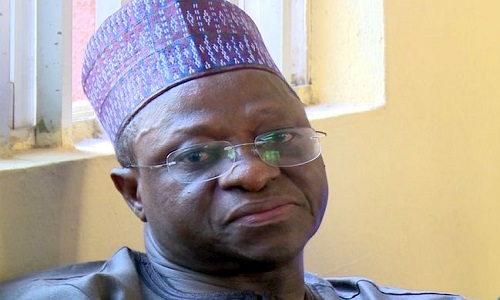 A former governor of Plateau State, Joshua Dariye, has described the Saf Ron-Kulere and paramount ruler of Bokkos, Lazarus Agai, who was killed on Monday, as a “rallying point”.

The 76-year-old first class monarch was killed by suspected assassins who attacked his vehicle while on his way to Bokkos, after visiting his farm in Sha district of the area.

Also killed along with Mr. Agai were his police orderly, Sunday Wuyah, an inspector of police, the monarch’s wife, as well as his son, Shagari.

“The killing of the Saf Ron-Kulere is particularly painful because he was a rallying point for us in Bokkos; I find the development very unbelievable”, Mr. Dariye told the News Agency of Nigeria on Tuesday in Jos.

Dariye, who is the senator representing Plateau Central Senatorial District and a kinsman of the slain monarch, said the attack was “very unfortunate”.

He stated further, “It is a trying moment for us in Bokkos; it was not long ago that two of our traditional rulers in Forop and Manguna were killed in similar circumstances.

“The incident has thrown the entire Bokkos Local Government Area into mourning because this is one of our darkest periods in history.

“Our prayer is that God should expose the killers and bring an end to this circle of killings”.

Mr. Dariye wondered why people should take up arms against innocent people, especially someone as peaceful as the late monarch.

He called for dialogue to resolve whatever human disagreement existing between and among people.

“Chief Agai was a very principled man; his word was his bond. It is a very painful death and we shall surely miss him”, he said.

The senator also cautioned Bokkos youths against taking the law into their hands, saying that they should rather help the security agencies to unravel those behind the serial murders.

Mr. Dariye prayed for the repose of the departed souls, and also begged God to console the survivors. (NAN)