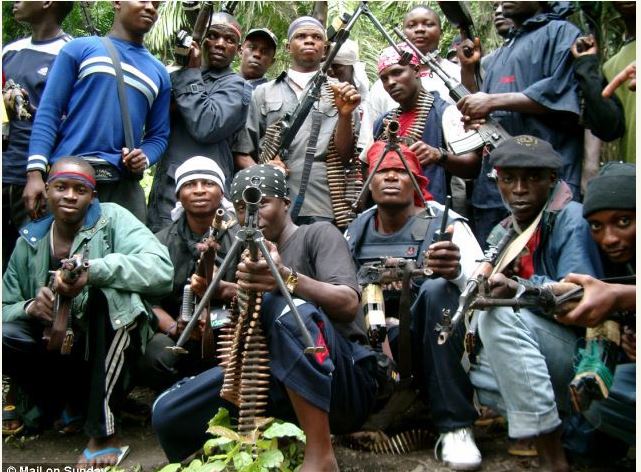 Detectives from the Delta State Police Command have arrested a bishop of a new generation church in Warri for allegedly sponsoring the militant group, the Niger Delta Avengers.
It was gathered that the bishop, (name withheld), a native of Ogbinbiri community of Egbema (Ijaw) Kingdom in the Warri North Council Area of the state, is the presiding bishop of the New Salvation Zion Church of Christ at Igbodu area of the city.

Punch reports that the church leader was invited for questioning following two petitions alleging that he was financing the militant group.

The interrogation was conducted at the Warri Area Command of the Delta State Police Command.

The man of God was quizzed from 8am to about 8pm over the weekend before he was allowed to go and ordered to report the following day for further questioning.

It was gathered that the petitions also alleged that the cleric was harbouring weapons both in his house and in the church.

The situation led to the search of the Ijaw clergy man’s residence at Bendel Estate in Effurun, Uvwie Council Area of the state, and his church building in Igbodu area of Warri.

It was further gathered that the IPO in charge of the case led policemen, including a team of Explosives Ordinance Detectives, to comb the bishop’s house but nothing was found at both places.

Meanwhile, the spokesperson for the state police command, SP Celestina Kalu, claimed not to be aware of the development.