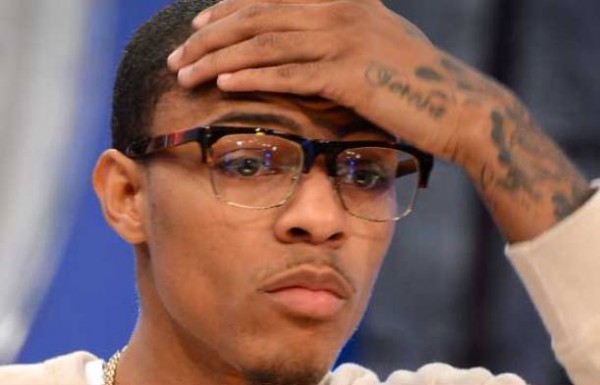 Shad Moss, better known as Bow Wow has taken to social media to explain why he cannot relate to political issues in the US.

According to the former musician, he’s not even black!

In some rather ignorant series of tweets, he opined why he wouldn’t vote in the November elections 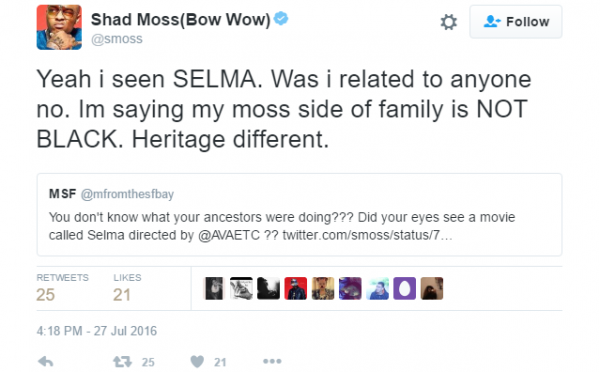 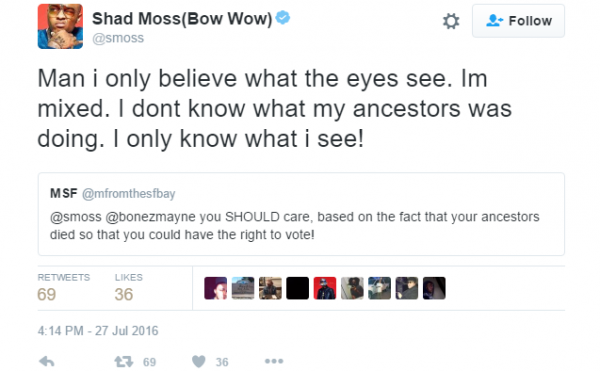 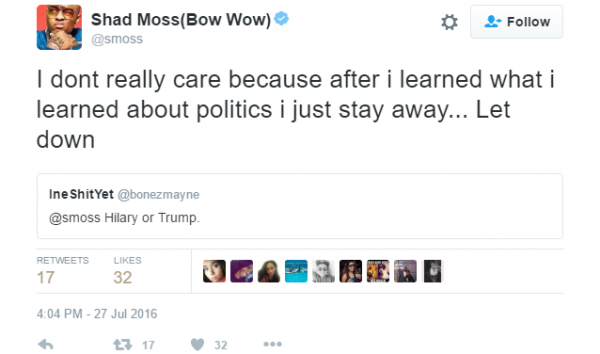 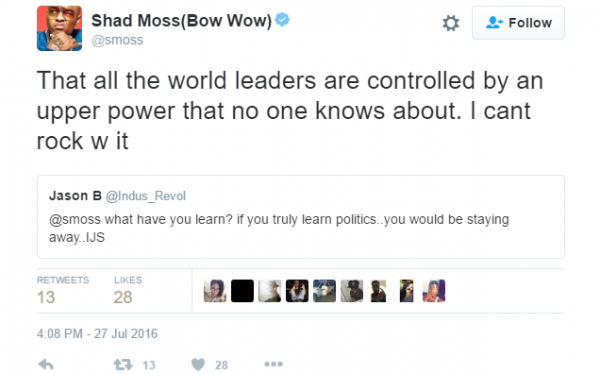