Box Office “Star Trek Beyond” debuted to a solid 59.6 million dollars at the weekend.

This is a signal that after six television series, 13 movies and 50 years in the pop culture conversation, there’s still life left in one of Hollywood’s most durable franchises.

And there are more intergalactic missions to come, as boon to Trekkies Paramount took the unusual step of announcing yet another sequel was in the works even before this latest USS Enterprise adventure sailed into theatres.

The studio had lined up Chris Hemsworth to reprise his role as Capt. Kirk’s father in spite the fact that he was incinerated in a spaceship disaster in a previous film. 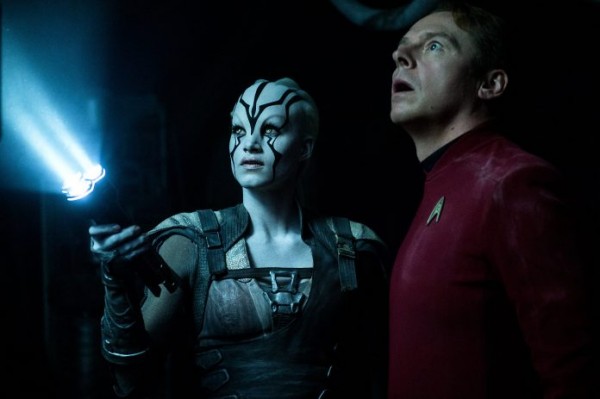 In science-fiction, it seemed death was merely a temporary predicament.

“You can count on one hand the brands that have this kind of longevity and viability over time,” said Paul Dergarabedian, Senior Media Analyst at comScore.
“These characters are so clearly defined and people just respond to their sense of camaraderie.”

The latest chapter in the “Star Trek” saga performed respectably, but its opening was down from the two previous films in the series.

“Moreover, with a price tag of 185 million dollar, plus tens of millions in promotional spending, the film needs to perform well overseas if it’s going to make a profit.

“That’s not a problem for one of the weekend’s other new releases, Fox’s “Ice Age: Collision Course.” Its issues are coming closer to home.

The fifth film in the animated series brings back a band of Palaeolithic creatures. It racked up 21 million dollars from 3,992 locations.

That would be a worrisome, even disastrous result for a film that carried a 105 million dollars budget.

However, the “Ice Age” films had always been received more warmly overseas than they were stateside.

“If you go back and look at past ‘Ice Ages,’ the share of international has always been weighted very heavily.”

The most recent installment, 2012’s “Continental Drift,” did 81.6 per cent of its 877.2 million dollars global total overseas.

While its predecessor, 2009’s “Dawn of the Dinosaur,” picked up 77.8 per cent of its 886.7 million dollars worldwide haul in foreign markets.

“Collision Course” had already grossed over 140 million dollars internationally in 60 markets, so even though its domestic results were disappointing, there might be more “Ice Age” films to come.

In a triumph of profit margins, New Line Cinema’s “Lights Out” racked up 21.6 million dollars in its debut.

That’s a healthy return on its 5 million dollars budget. Though its parent studio, Warner Bros., had struggled of late, fielding duds such as “The Legend of Tarzan” and “The Nice Guys” New Line is enjoying a hot hand at the multiplexes.

Earlier this summer, the label scored with the action comedy “Central Intelligence,” the romantic drama “Me before You,” and the horror sequel “The Conjuring 2.” “Lights Out” centres on a family that is haunted by an evil spirit and was developed by director David F. Sandberg from a 2013 short film.

“It’s always nice when you quadruple what you spent to make a movie in a single weekend,” said Jeff Goldstein, distribution executive vice president at Warner Bros.

“New Line always does a great job with horror movies. It’s just a genre they understand.”

“Star Trek Beyond” represented a passing of the baton.

J.J. Abrams, the Director who revitalised the series by arming it with a youthful cast and sprinkling in lens flares, departed “Star Trek” to make “Star Wars: The Force Awakens.

“That left Justin Lin, who made his bones on the “Fast & Furious” series, manning the Enterprise.

He brought back cast members Chris Pine, Zachary Quinto and Karl Urban and mixed in a new villain, played by Idris Elba.

In North America, the film got a lift from Imax screenings, earning 8.4 million dollars from 387 locations.
On Sunday, Paramount brass argued that under Abrams, the “Star Trek” series has broadened its international appeal.

The film’s emphasis on action and the studio’s decision to partner with the likes of Alibaba had strengthened its connection to foreign audiences, they said.

“It was a series that traditionally did well domestically or with English-speaking audiences.’’

But since J.J. took over, the franchise had become more accessible globally.”

Among holdovers, Illumination Entertainment and Universal’s “The Secret Life of Pets” continued to be one of the year’s biggest hits, adding 29.3 million dollars to its 260.7 million dollars haul for a second place finish.

In its second weekend of release, Sony’s “Ghostbusters” is neck-and-neck with “Lights Out” with 21.6 million dollars and tied for third place.

The 165 million dollars production has gotten a little assistance overseas, earning nearly 250 million dollars, but it may be the end of the line for the alien invasion series.

A week after debuting in a handful of theatres, “Hillary’s America” expanded to 1,217 locations, picking up 3.7 million dollars.
The controversial documentary alleged that the Democratic Party has covered up its historical support of slavery and racism.

It’s the latest work from Dinesh D’Souza, the director of “2016: Obama’s America,” and is pitched firmly towards conservative moviegoers for whom a Hillary Clinton presidency is tantamount to the apocalypse.

Woody Allen’s “Cafe Society” also did well in its expansion, moving from five theatres to 50, and picking up 875,000 dollars in the process.

The nostalgic look at old Hollywood has earned 1.4 million dollars. Amazon is releasing the film through a distribution partnership with Lionsgate.

Mike Birbiglia “Sleepwalk with Me” directs the look at the members of an improved group, as they faced career crossroads.
The summer box office had been a roller coaster ride with a fair share of steep drops.

Although animated fare like “Finding Dory” and “The Secret Life of Pets” had resonated, Several high-profile live-action sequels, such as “Alice Through the Looking Glass” and “Independence Day: Resurgence,” have faltered.

But year-over-year, this weekend was an improvement. Receipts were up nearly 30 per cent from the same period in 2015.

As victories go, this one comes with a caveat. It was a weekend that saw “Pixels” debut to an anemic 24 million dollars.
Still, some executives are hopeful that “Star Trek Beyond’s” relative success coupled with upcoming releases such as “Jason Bourne” and “Suicide Squad” will galvanize the domestic marketplace.

“We are starting to see some momentum, we are heading back in a positive direction.” said Greg Foster, CEO of Imax Entertainment.