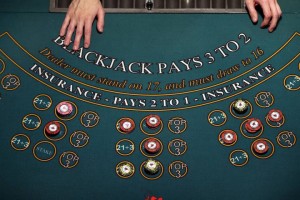 A Buddhist monk living in Lafayette was sentenced yesterday to 30 months in prison for taking more than $263,463 from his own temple to gamble at a casino.

US District Judge Donald Walter handed down the penalty on Khang Nguyen Le, 36, a Vietnamese citizen who had pleaded guilty to wire fraud.

Le might also face deportation to Vietnam after release from prison, authorities said.

From 2010 to October 2014, Le was president, presiding monk and resident of the temple of the Vietnamese Buddhist Association of Southwest Louisiana.

According to his March 17 guilty plea, he wrongfully withdrew $263,463.36 from the temple’s bank accounts between January 2013 and August 2014 to gamble at a Lake Charles casino. He withdrew the money via automated teller machines and casino tellers.

To hide his crime from colleagues, Le misrepresented the temple’s financial situation at meetings.

He gambled in less-used areas of the casino to avoid being seen, authorities said.