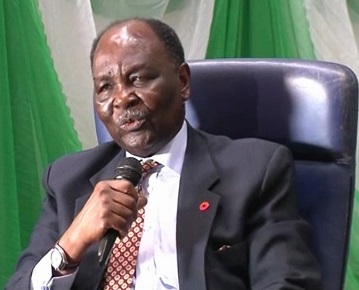 He said punishing those found wanting after investigation would serve as deterrence to others. He Spoke with reporters last night at the Health Caravan and Award ceremony at Ile Ife in Osun State. Mr. Gowon wondered why the issue had become the order of the day.

Gowon said: “If that is true. If anybody is doing that (budget padding), the person should be checked and stopped to ensure that such does not occur in the future. We didn’t it do it during my time. We had Chief Obafemi Awolowo in-charge of our finance during my time and he taught us to survive without borrowing. Such (budget padding) should stop, there is no point doing that”.

The former military ruler and convener of ‘Nigeria Prays’, also called on President Muhammadu Buhari to firm up the ailing economy to alleviate the suffering of Nigerians.

Advising Nigerians to cooperate with the current administration, Gowon said the federal government was doing everything possible to resolve the nation’s economic challenges.

He said: “Let the current authority find a way out of the current economic crisis. Minister of Finance Mrs. Kemi Adeosun, has been telling us what they have been doing to get the economy strong again. She said all will be well by September. Let’s wait till then.

“I left government a long time ago, so I may not really know what the problem is. The current administration should do whatever they can to solve to economic challenges. They should find a way to restore confidence in the citizens and the nation at large by fixing the economy”.