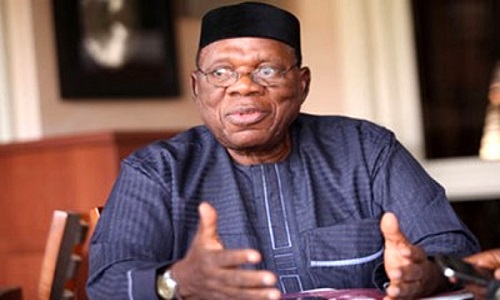 A coalition of Christians led by the National Christian Elders Forum (NCEF) has condemned the extension of last week’s public holiday by the Federal Government, describing it as a dangerous precedent.

It, therefore, urged the government and Islamic leaders, led by the Sultan of Sokoto, Alhaji Sa’ad Abubakar III, to repay the country the loss incurred as a result of the extension.

The federal government had earlier declared Tuesday and Wednesday last week, as public holiday to mark the end of Ramadan fast also known as Eid-el-Fitri.

However, following the non-sighting of the moon last Monday and subsequent directive by the Sultan, who is President General of the Nigerian Supreme Council for Islamic Affairs, NSCIA, for Muslims to fast on Tuesday, the federal government extended the holiday to Thursday.

Condemning the federal government for declaring three days out of five working days in a week as public holiday, the NCEF, in a statement issued yesterday in Abuja by its Chairman, Chief Solomon Asemota (SAN), also gave the Minister of Interior, Abdulrahman Dambazau, knocks, for basing the extension on the Sultan’s directive.

The statement reads: “As Nigerians, we congratulate the Muslims in the nation on their successful completion of the Ramadan fast in 2016. However, we are disturbed by the apparent shoddiness and confusion the Federal Government brought into the declaration of the Public Holiday rounding off the Muslim religious exercise.

“We are equally appalled that the Minister of Interior, Abdulrahman Dambazau based the decision to declare Thursday as Public Holiday on the directive by the President General of the Nigerian Supreme Council for Islamic Affairs, Alhaji Sa’ad Abubakar III, the Sultan of Sokoto, to the effect that the Ramadan fast continues today (last Tuesday) as a result of the non-sighting of the moon”.