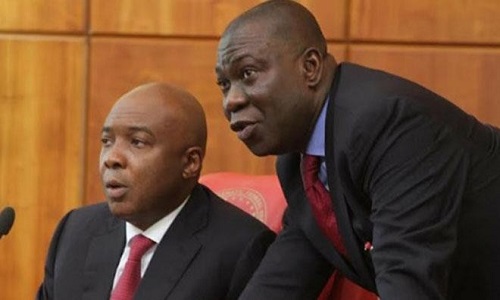 A Federal Capital Territory (FCT) High Court sitting in Jabi, Abuja has adjourned hearing into the case of alleged forgery of the Senate’s Standing Rule for which Senate President Bukola Saraki, his deputy, Ike Ekweremadu, and two others are standing trial.

Messrs Saraki, Ekweremadu, the immediate Clerk to the National Assembly, Salisu Maikasuwa and his deputy, Benedict Efeturi, were accused of masterminding the use of an altered Senate Standing Rule book that was used to elect principal officers of the upper legislative chamber on July 9, 2015.

According to the Office of the Attorney General of the Federation, which is prosecuting the quartet, the accused persons by their conduct, committed an offence punishable under Section 97 (1) and 364 of the Penal Code Act.

Messrs. Saraki, Ekweremadu, Maikasuwa and Efeturi pleaded not guilty when they were first arraigned before Justice Haliru Yusuf on June 27, 2016 and challenged the prosecution to prove its case against them.

The prosecution, led by the Director of Public Prosecutions (DPP), Mohammed Diri, was expected to open its case today, Monday, but the court registrar, Victor Ifeachor, told the court that the case had been adjourned till September 28 following the ongoing vacation of FCT High Court, which began today, July 11.

All four accused persons were present at the court for the hearing but left almost immediately after the announcement of an adjournment.