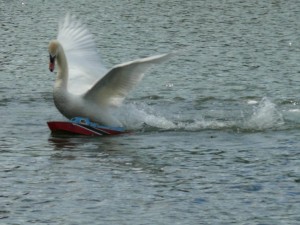 A swan has been reported bullying other birds on a lake and causing thousands of pounds worth of damage by sinking model boats.

The swan smashed up eight model boats at Needham Lake in Suffolk, England and started attacking ducks and geese that got too close.

The swan is also said to be a threat to avian-human relations with the local boating club.

A Dean Cable said he has written to the Queen asking for her to take action after two of his boats were attacked. 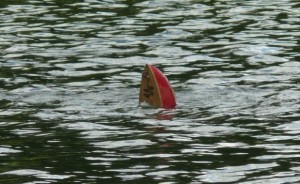 ”I wrote to the Queen telling her the swan is a menace and I would like him to be moved on if possible.

‘I said usually I like swans, but this one was attacking our boats and I would like to be able to boat in peace.” He said.

‘I told her the geese have no problem with us, the ducks seem to enjoy it and the swans we used to have at the lake were not a problem,’

‘One duck even hopped onto a barge for a ride. It is just this swan that is a problem and I want to see him moved elsewhere.

‘I had one of my boats valued a month ago and I can tell you I don’t want that swan in the water at the same time as my boat,” he added. 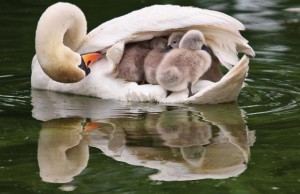 Over the last few weeks the mute swan has attacked eight boats as it protects 4 of its young ones.